Montreal and its waves

A summer in Montreal is pretty unique. Because the season is only lasting for a couple months, we’re making sure to cover our calendar with festivals and to put our summer lagers in the fridge as soon as sunset is after 6:00 PM. For many, summer represents the need to visit every single terrasse in the city, but for some others, summer represents the return of surfing.

It may seem odd to see a car roof full of surfboards passing on Ste-Catherine, but these surfboards take all their meaning when they’re under a surfer’s feet. Whether it’s at Habitat 67 or at the bunny wave, surfing is starting to be engraved into Montreal’s DNA. Let’s explore the city and its two principal places of worship.

The Bunny Wave (commonly called Guy’s wave) is the most popular wave in Montreal. Next to the beautiful cyclist past that goes along the river in Lasalle, we’ll usually find a few surfers and a lot of curious onlookers. As it’s in a big park, the Bunny Wave is also a nice social place and it’s frequent to see people taking breaks with their hammocks, eating a picnic or just enjoying a good chat between two laps.

Guy’s is a right-hand wave, which means that the surfable part is at the left of the breaking part of the wave. As it’s a river wave, it can be surfed at all times – the wave never moves. Even when the water flow changes a lot or when the level goes higher after winter, the bunny wave doesn’t change too much, leaving it’s 1-2 feet breaking for any surfer who wants to enjoy a ride. While it can be surfed whenever, the Bunny Wave might require a longer board to be able to surf it well. Its small size makes it tricky and surfers who try to ride it with a board too small are usually disappointed because they have a hard time catching it. Therefore, you’ll need a board that has enough volume to support you. A good way to start is to try boards that are longer than 7 feet. Like everything, if there’s a will, there’s a way and many surfers are pretty good riding smaller boards – but with visible knowledge about the wave. 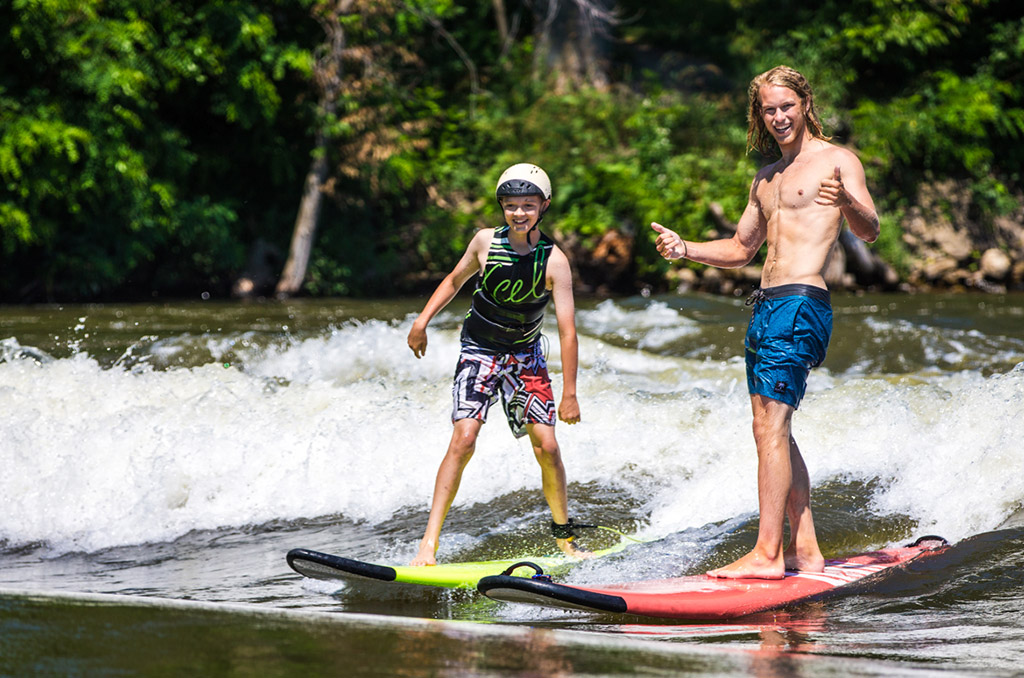 Guy’s wave, shot from the river – Picture by Mike Hitelman

To have the most fulfilling surf session, it is usually recommended to go surf in the morning, or in the evening. The UV index is weaker and the place will be less crowded at those times than on a hot Saturday in summer, for example. Guy’s wave is ideal and safe to start river surfing. It remains one of the best spots to escape the city rumble.

Habitat 67 is another popular wave that Montreal has to offer. Of course, the fact that it’s located right behind the Habitat 67 building by architect Moshe Safdie makes it mythical. Everything is bigger at Habitat 67 than at Guy’s wave. The river bank is higher, the wave is further, the walk is longer and of course, the wave itself is way more powerful.

The surfing spot at Habitat 67 is actually made of two waves right next to each other: The Main and the Shore. If it was possible to surf both waves at the same time a few years ago, changes occurred an icy winter and the Shore sadly got changed permanently, making it dangerous when the water level is low, which is usually all summer long. The Main wave is now the only surfable wave, but it won’t hesitate to disappear when the water level is too high, like during every spring.  The high level will flood the wave, making it all green and hardly catchable for someone who doesn’t own a longboard or a SUP. At least, the Shore wave can become decent when the water level is higher in spring (See the picture at the top of this article).

There are other waves around Montreal, such as the ones in Chambly in spring, but the Bunny Wave and Habitat 67 will remain the most popular. If ever you pass by, you’ll meet some locals who invested years studying the way that these two waves break. Of course, Montreal doesn’t have any famous beaches like Bondi in Sydney or Huntington in California, but we have two extraordinary waves and we’re passionate about surfing them. To us, that’s all the beauty of a summer in Montreal. 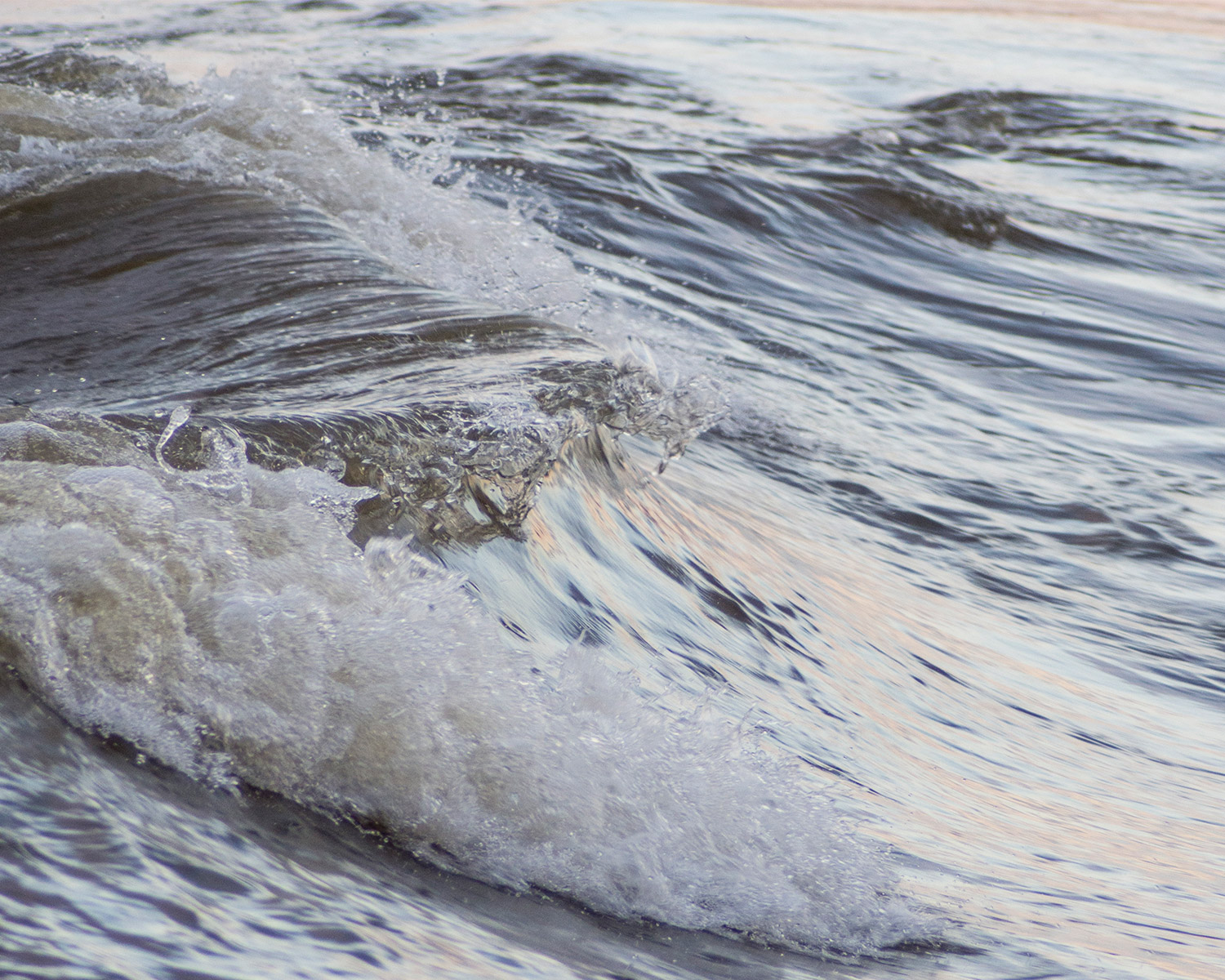